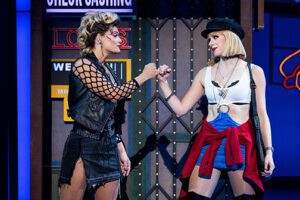 PNC Broadway in Louisville is proud to announce the 2022-2023 Season which opens with the return of the beloved theatrical masterpiece, Fiddler on the Roof and is followed by one of Hollywood’s most beloved romantic stories of all time, Pretty Woman: The Musical. After the new year, families will get a dose of optimism and hope when Annie returns to Louisville for the first time in nearly 17 years! The season concludes with three hot premieres, the first of which is Ain’t Too Proud – The Life and Times of The Temptations. It’s followed by the Tony Award®-winning Broadway sensation Hadestown, and Aaron Sorkin’s adaptation of Harper Lee’s Pulitzer Prize-winning masterwork, To Kill A Mockingbird.

“We are beyond thrilled that Broadway is back!” said Leslie Broecker, President of PNC Broadway in Louisville. “We were able to bring back two long-awaited returns and four Louisville premieres this season, all of which provide a kaleidoscope of cultural experiences and themes. This programming also creates an opportunity to expose more youth and underprivileged students to the arts in 2022-2023 and we take that responsibility to heart.” 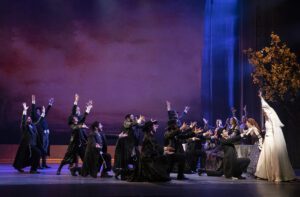 Tony®-winning director Bartlett Sher and the team behind South Pacific and The King and I bring a fresh and authentic vision to this beloved theatrical masterpiece from Tony-winner Joseph Stein and Pulitzer Prize winners Jerry Bock and Sheldon Harnick.

The original production won ten Tony Awards, including a special Tony for becoming the longest-running Broadway musical of all time. You’ll be there when the sun rises on this new production, with stunning movement and dance from acclaimed Israeli choreographer Hofesh Shechter, based on the original staging by Jerome Robbins.

A wonderful cast and a lavish orchestra tell this heartwarming story of fathers and daughters, husbands and wives, and the timeless traditions that define faith and family.

Featuring the Broadway classics “Tradition,” “If I Were a Rich Man,” “Sunrise, Sunset,” “Matchmaker, Matchmaker” and “To Life,” Fiddler on the Roof will introduce a new generation to this uplifting celebration that raises its cup to joy! To love! To life!

Pretty Woman : The Musical, based on one of Hollywood’s most beloved romantic stories of all time, is now on tour! Starring Broadway superstar and Tony Award®-nominee Adam Pascal as Edward Lewis and rising star Olivia Valli as the charming and charismatic Vivian Ward, Pretty Woman: The Musical springs to life with a powerhouse creative team led by two-time Tony Award®-winning director and choreographer Jerry Mitchell (Hairspray, Kinky Boots, Legally Blonde).

Brought to the stage by lead producer Paula Wagner, Pretty Woman: The Musical features an original score by Grammy® winner Bryan Adams and Jim Vallance (“Summer of ’69”, “Heaven”), and a book by the movie’s legendary director Garry Marshall and screenwriter J. F. Lawton. Pretty Woman: The Musical will lift your spirits and light up your heart. “If you love the movie, you’ll love the musical!” (BuzzFeed News).

Are you ready to fall in love all over again? 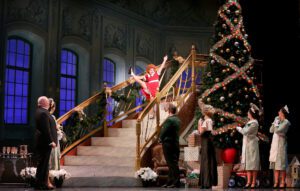 Holding onto hope when times are tough can take an awful lot of determination, and sometimes, an awful lot of determination comes in a surprisingly small package. Little Orphan Annie has reminded generations of theatergoers that sunshine is always right around the corner, and now the best-loved musical of all time is set to return in a new production – just as you remember it and just when we need it most.

Annie, directed by Jenn Thompson, features the iconic book and score, written by Tony Award®-winners Thomas Meehan, Charles Strouse and Martin Charnin. This celebration of family, optimism and the American spirit remains the ultimate cure for all the hard knocks life throws your way. 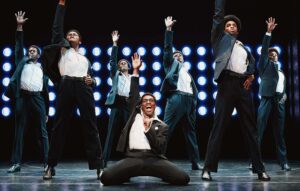 Ain’t Too Proud – The Life and Times of The Temptations is the electrifying, new smash-hit Broadway musical that follows The Temptations’ extraordinary journey from the streets of Detroit to the Rock & Roll Hall of Fame. With their signature dance moves and silky-smooth harmonies, they rose to the top of the charts creating an amazing 42 Top Ten Hits with 14 reaching number one.

Nominated for 12 Tony® Awards and the winner of the 2019 Tony Award for Best Choreography, Ain’t Too Proud tells the thrilling story of brotherhood, family, loyalty, and betrayal, as the group’s personal and political conflicts threatened to tear them apart during a decade of civil unrest in America.

Written by three-time Obie Award winner Dominique Morisseau, directed by two-time Tony Award winner Des McAnuff (Jersey Boys), and featuring the Tony-winning choreography of Sergio Trujillo (Jersey Boys, On Your Feet!), the unforgettable story of this legendary quintet is set to the beat of the group’s treasured hits, including “My Girl,” “Just My Imagination,” “Get Ready,” “Papa Was a Rolling Stone,” and so many more. 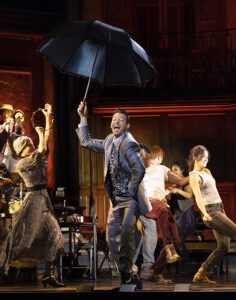 COME SEE HOW THE WORLD COULD BE.

Welcome to Hadestown, where a song can change your fate. Winner of eight 2019 Tony Awards® including Best Musical and the 2020 Grammy® Award for Best Musical Theater Album, this acclaimed new show from celebrated singer-songwriter Anaïs Mitchell and innovative director Rachel Chavkin (Natasha, Pierre & The Great Comet of 1812) is a love story for today… and always.

Hadestown intertwines two mythic tales — that of young dreamers Orpheus and Eurydice, and that of King Hades and his wife Persephone — as it invites you on a hell-raising journey to the underworld and back. Mitchell’s beguiling melodies and Chavkin’s poetic imagination pit industry against nature, doubt against faith, and fear against love. Performed by a vibrant ensemble of actors, dancers and singers, Hadestown is a haunting and hopeful theatrical experience that grabs you and never lets go. 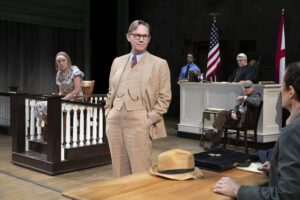 All rise for Academy Award® winner Aaron Sorkin’s adaptation of Harper Lee’s Pulitzer Prize-winning masterwork. The New York Times Critic’s Pick To Kill A Mockingbird is “the most successful American play in Broadway history.” (60 Minutes). Rolling Stone gives it 5 stars, calling it “an emotionally shattering landmark production of an American classic,” and New York Magazine calls it “a real phenomenon. Majestic and incandescent, it’s filled with breath and nuance and soul.” With direction by Tony Award® winner Bartlett Sher, To Kill A Mockingbird — “the greatest novel of all time” (Chicago Tribune) — has quickly become “one of the greatest plays in history” (NPR). Emmy Award®-winning actor Richard Thomas will play the role of Atticus Finch in the National Tour.

Season tickets for the 2022-2023 PNC Broadway in Louisville Season are on sale now at www.BroadwayinLouisville.com or by calling 502-561-1003. Prices for the six-show season ticket package range from $230-$810 depending on seat location.

The Louisville Theatrical Association, founded in 1938, is a civic, not-for-profit organization with a volunteer Board of Directors.  LTA’s mission is to sustain the Broadway Series as a dynamic and primary source of performing arts entertainment; to maintain the series as a resource to enhance the quality of other arts activities in the Louisville area; to assist in the preservation of historic theatre properties; and to extend community participation in the arts through programs of education.  LTA is a member of the Fund for the Arts.

Broadway Across America (BAA) is part of the John Gore Organization family of companies, which includes Broadway.com, The Broadway Channel, BroadwayBox.com and Group Sales Box Office. Led by 15-time Tony-winning theater producer John Gore (Owner & CEO), BAA is the foremost presenter of first-class touring productions in North America, operating in 48 markets with over 450,000 subscribers. Presentations include Disney’s The Lion King, Wicked, The Book of Mormon, The Phantom of the Opera and Hamilton. Current and past productions include Ain’t Too Proud, Beautiful, Cats, Chicago, Dear Evan Hansen, Mean Girls, Moulin Roge! and To Kill A Mockingbird.