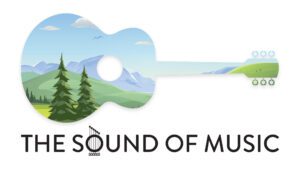 Louisville, KY – ACT Louisville Productions (ALP) producers Beth Craig Hall (Actors Center for Training and Performing Arts Louisville) and Randy Blevins have announced the cast and creative team for their musical production The Sound of Music at The Iroquois Amphitheater July 15-19. Featuring legendary director, William P. Bradford II and rising Broadway Star Caroline Glazier in her professional debut, tickets to all seven performances are on sale now at actlouisville.com and at iroquoisamphitheater.com.

“We are thrilled to welcome back performers from our highly successful production of The Wizard of Oz, along with some bright new talent to present one of the most beloved musicals of all time,” explains Hall. “We have assembled a cast and creative team of incredible talent and professionalism including a local and national directing legend. In our second season, we continue our mission to allow young performers and aspiring theatre professionals to experience firsthand how a professional musical production is rehearsed and constructed. It is another step to providing true access and opportunity to this level of performing arts for our performers and our community — especially in the South End where I grew up.”

The Sound of Music, presented by arrangement with Concord Theatricals on behalf of The Rodgers & Hammerstein Organization, will have seven performances at Iroquois Amphitheater July 15-19. Tickets are on sale now at actlouisville.com and iroquoisamphitheater.com, as well as in person at the Iroquois Amphitheater Box Office (1080 Amphitheater Rd, Louisville, KY 40214). “In keeping with ALP’s mission of opportunity and access to the arts, and after feedback from our patrons last summer, we are extremely proud to off $15 General Admission tickets for the entire uncovered seating section at Iroquois Amphitheater,” says Blevins.

Reserved seats are also available at $30, $49, and $65 depending on the seat location. “We hope our pricing adjustments make it affordable for our community to bring their families and enjoy this wonderful story on stage,” explains Blevins. “Unfortunately, we do not have control over the added facility and convenience fees from the venue and Ticketmaster. We hope to help cover these fees in the future. In the meantime, we encourage patrons to visit the Iroquois Box Office in person and pay with cash to avoid credit card transaction and per ticket fees. A $4 per ticket facility fee will be unavoidable.”

The Sound of Music cast and creative team: