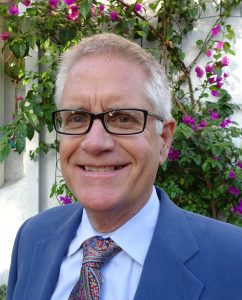 Douglas Dreisbach: You joined the Actors Theatre team in January, and immediately were introduced to this current situation. How have you, and the entire Actors team been dealing with everything?
Patrick Owen: It’s been incredibly hard and challenging. Starting with the cancellation of Humana Festival, where artists that were anticipating being here for the full festival had their contracts ended early. But right now, there is a core team that is still here and we are optimistic and hopeful. In a way, there is something interesting about being forced into this moment. Everything has changed, and we have to be smarter and more agile than we’ve ever been before to figure out, “What is that new normal we are going to get to?”

After the initial “We have to cancel the series” announcement, lot of people were not working any longer. We just did some other staff reductions that were required to get us through the next bit of time, so we were already experiencing challenges. But we are certainly not alone and the resiliency of the team and how we’ve come together is pretty cool. People are saying, “All right, what do I need to do? What can I do?” And we’re starting to figure it out.

DD: That day, when Actors and the stages around the world went dark, what were some of your first thoughts? Do you think they set you on the right path?
PO: I do feel like we are on the right path. I do recall, because I’m so new, I was so excited that the Humana Festival was going to give me this great opportunity to meet so many of the Actors Theatre family, and meet folks that are core supporters, that have been subscribers and ticket buyers and donors for such a long time. I hosted a few small groups for drinks before the shows that did run, and there was a great energy.  Soon after, there was a great deal of sadness. Since then, it seems like there’s something new every day that we have to take in and understand and figure out, “OK, what are we going to do about this?” But I think everything we’ve done has been in the right direction, both locally with arts leaders and arts groups here in Louisville, as well as nationally through some of the groups we are a part of.

Great art thrives through conflict and turmoil, and in a way, I think this challenging time we’re going through is going to lead to so much innovation and good art. And there will come a time when we can gather again, and that’s exciting. 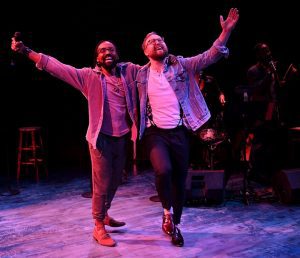 DD: The new season looks fantastic once again with staples such as Dracula and A Christmas Carol. It also includes some familiar names like Steel Magnolia and Romeo and Juliet, and then some new ones with the Chasin’ Dem Blues and Where do We Sit on the Bus? Can you share some more about the season?
PO: It is certainly an exciting season and there are a lot of interesting, creative people that our amazing artistic director, Robert Fleming, worked with around those shows. We look forward to being able to convene whenever that’s safe to do, but the season is on sale now, so please secure your tickets!

DD: Also included in the 2020-2021 season is the Ali Summit. Can you expand on what that is?
PO: The Ali Summit is one of our projects we are most excited about and is continuing as of now. It is a play that will be in Humana next year by Idris Goodwin. He is writing the play through this whole community engagement effort, where the play is essentially built around the moment in time when several other major African-American sports figures were asked to meet with Muhammad Ali to find out if he was really a man of his convictions. Was he saying he wouldn’t fight in war, or was he just trying to get out of going to the war? They met with him and made the decision to have his back when he came out with that.

Idris is going to be working with a lot of community groups who are working through JCPS, and we’re working in partnership with the Muhammad Ali Center and many other nonprofit organizations, community organizations, to help him write the story through a number of workshops with various constituencies.

DD: What is the best way for patrons and interested people to support Actors Theatre and your team during these times?
PO: Just donating to us, of course, is going to be exceedingly helpful. If it’s a first-time donor, that’s great. Or if they’re an ongoing donor, going above and beyond in this time, for us or any arts organization they feel passionately about. Let’s not to live in the fear of what’s going on, but lean into it and know that we’re going to come through this. And we need all the financial support we can get right now.

But it’s not just a donation. It’s also not asking for refunds, and that is a big help within itself. The easiest way to help out is through our website at ActorsTheatre.org/giving. 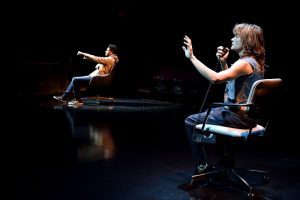 DD: Why do you think the arts are so important to our community and individuals?
PO: Theatre is how we tell our story. That’s how we understand who we are, and it’s how we get through times like this. If you think about all the folks sheltering at home, what are they turning to for diversion? They’re going to Netflix or they are sharing stories through Facebook. Families are coming together and doing these wonderful music videos about being cooped up together or singing.

Art is absolutely essential in telling those stories.

DD: How are you using this new normal to do new things and find an escape that works for you?
PO: I feel like I am the most blessed person in the world. I have an amazing husband. I have an amazing family of siblings. I have an amazing chosen family of friends, and we are trying to stay in touch with our friends all over the place. I’m a runner so I am still doing that whenever I can, as well as walking our dogs. I am also looking for fun things to do online and finding more time to read than I’ve had recently.

DD: Have you tried anything new, any new instruments, or learning to play an instrument, or cooking, or things that you haven’t done in the past?
PO: I’ve always been into cooking, and most of the time people like what I make. I am also a visual artist and have pulled out a couple of my projects and have been trying to do some work on those. I’m going to make sure I carve out some time to do more of that.

DD: What has this situation forced you to do that you weren’t doing before, that you feel like you might continue to do after it’s over?
PO: I would say to make sure I carve out the time for things that are truly important to me like family, friends, art, running and all of those things that bring value to our life, making sure we’re not getting so swept up in our jobs and our daily grind.

DD: Are there any last words you would like to add?
PO: Every day, there is something that happens that inspires me. Whether it is from the resiliency aspect of the arts community, or something from a call I am on with the arts organizations in Louisville or seeing people are sharing things that are happening on Facebook, I continue to be inspired and, again, hopeful. I keep reminding myself everyone that we’re going to get through this, and it’s going to be a different world, but I think in a way, it’s going to be really fascinating and interesting to see what the arts look like, moving forward, when we’re through the worst of this.