PNC Broadway in Louisville is proud to announce the 2019-2020 Season which includes the six-time Tony Award-winning Best Musical, DEAR EVAN HANSEN opening the series at The Kentucky Center. The season will also include the new productions direct from Broadway, THE BAND’S VISIT, ANASTASIA, and COME FROM AWAY, the acclaimed new production of MISS SAIGON, the return of JESUS CHRIST SUPERSTAR, and Disney’s THE LION KING will be making a triumphant return as a season option. Only current subscribers can renew their season tickets at this time. Season tickets will go on sale to the general public on Thursday, March 28. People interested in purchasing as a new subscriber may sign up on the “Save the Date” list at BroadwayInLouisville.com, which will notify them by email on March 28 when tickets are available.

“We’re thrilled to announce another season of hit shows direct from Broadway,” said Leslie Broecker, PNC Broadway in Louisville President. “The 19/20 season is chock full of award-winning premieres and returns. We cannot wait to share this incredible series with Louisville audiences!”

Season tickets for the 2019-2020 PNC Broadway in Louisville Season will go on sale Thursday, March 28 at 6 am with three convenient ways to purchase:

Prices for the six-show season ticket package range between $255-$813 depending on seat location.

Season Patron Club members enjoy additional benefits that include guaranteed seating in the Grand Tier box seats, Front Orchestra, Front Grand Tier, or Balcony box seats, complimentary parking for all regular season shows, name recognition in the souvenir program, and exclusive access to the Patron Club Room for pre-show and intermission private bar service.
PERFORMANCE INFORMATION
PNC Broadway in Louisville shows typically run for one week at The Kentucky Center. Performance options are Tuesday through Thursday evenings at 7:30pm, Friday evenings at 8:00pm, Saturdays at 2:00 & 8:00pm and Sundays at 1:00 & 6:30pm. (All times are subject to change). An audio-described performance for the visually impaired is available on Saturday matinees and closed captioning is available Saturday evenings. Anyone requiring this service or accommodations for people with disabilities should request so when purchasing season tickets.

GROUP SALES AND SINGLE TICKETS
Group reservations are currently being accepted for all shows. Pricing and payment information can be found online at BroadwayinLouisville.com or by calling the Group Sales Manager, Jenny Ward, at 502-569-3060.

Tickets for individual shows are not available at this time and typically go on sale to the general public 4-6 weeks prior to the opening of the show. For priority offers, updates, and news, join the EClub at BroadwayinLouisville.com. 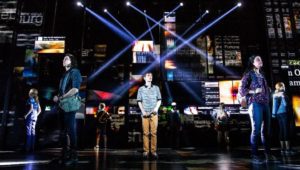 DEAR EVAN HANSEN has struck a remarkable chord with audiences and critics everywhere, including The Washington Post who says DEAR EVAN HANSEN is “one of the most remarkable shows in musical theatre history.” The New York Times calls it “a gut-punching, breathtaking knockout of a musical.” And NBC Nightly News declares the musical “an anthem resonating on Broadway and beyond.”

The Original Broadway Cast Recording of DEAR EVAN HANSEN, produced by Atlantic Records, made an extraordinary debut at #8 on the Billboard 200– the highest charting debut position for an original cast album since 1961 — and went on to win the 2018 Grammy Award for Best Musical Theater Album. A special edition coffee table book authored by Levenson, Pasek and Paul, Dear Evan Hansen: through the window (Grand Central Publishing / Melcher) is now available, offering an in-depth, all-access look at the musical, including never-before-seen production photos and cast portraits, behind-the-scenes stories, and a fully annotated script by the authors. 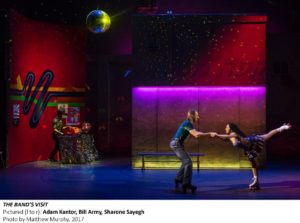 Spend an evening in the company of unforgettable strangers at THE BAND’S VISIT—now one of the most celebrated musicals ever. It rejoices in the way music brings us to life, brings us to laughter, brings us to tears, and ultimately, brings us together.

In an Israeli desert town where every day feels the same, something different is suddenly in the air. Dina, the local café owner, had long resigned her desires for romance to daydreaming about exotic films and music from her youth. When a band of Egyptian musicians shows up lost at her café, she and her fellow locals take them in for the night. Under the spell of the night sky, their lives intertwine in unexpected ways, and this once sleepy town begins to wake up. 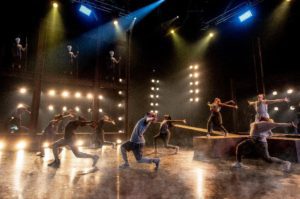 An album that inspired a REVOLUTION.
A REVELATION that changed the world.
A REINVENTION for this millennium.

JESUS CHRIST SUPERSTAR is an iconic musical phenomenon with a world-wide fan base. In celebration of its 50th Anniversary, a new mesmerizing production comes to North America. Originally staged by London’s Regent’s Park Open Air Theatre and helmed by the acclaimed director Timothy Sheader (Crazy for You, Into the Woods) and award winning choreographer Drew McOnie (King Kong, Strictly Ballroom), this production won the 2017 Olivier Award for Best Musical Revival garnering unprecedented reviews and accolades. Appealing to both theater audiences and concert music fans, this production pays tribute to the historic 1971 Billboard Album of the Year while creating a modern, theatrical world that is uniquely fresh and inspiring.

With music and lyrics by Emmy, Grammy, Oscar and Tony winners Andrew Lloyd Webber and Tim Rice, JESUS CHRIST SUPERSTAR is set against the backdrop of an extraordinary series of events during the final weeks in the life of Jesus Christ as seen through the eyes of Judas. Reflecting the rock roots that defined a generation, the legendary score includes ‘I Don’t Know How to Love Him’, ‘Gethsemane’ and ‘Superstar’. 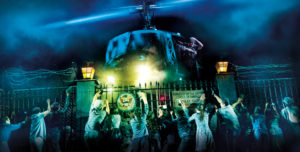 Experience the acclaimed new production of the legendary musical MISS SAIGON, from the creators of Les Misérables. This is the story of a young Vietnamese woman named Kim who is orphaned by war and forced to work in a bar run by a notorious character known as the Engineer. There she meets and falls in love with an American G.I. named Chris, but they are torn apart by the fall of Saigon. For 3 years, Kim goes on an epic journey of survival to find her way back to Chris, who has no idea he’s fathered a son. Featuring stunning spectacle and a sensational cast of 42 performing the soaring score, including Broadway hits like “The Heat is On in Saigon,” “The Movie in My Mind,” “Last Night of the World” and “American Dream,” this is a theatrical event you will never forget. 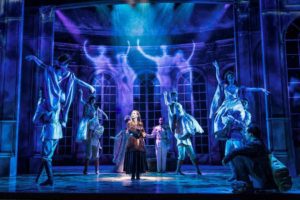 Inspired by the beloved films, the romantic and adventure-filled new musical ANASTASIA is on a journey to Louisville at last!

From the Tony Award®-winning creators of the Broadway classic Ragtime, this dazzling show transports us from the twilight of the Russian Empire to the euphoria of Paris in the 1920s, as a brave young woman sets out to discover the mystery of her past. Pursued by a ruthless Soviet officer determined to silence her, Anya enlists the aid of a dashing conman and a lovable ex-aristocrat. Together, they embark on an epic adventure to help her find home, love, and family. 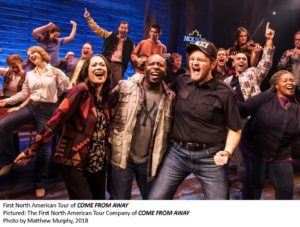 Broadway’s COME FROM AWAY is a Best Musical winner all across North America!

This New York Times Critics’ Pick takes you into the heart of the remarkable true story of 7,000 stranded passengers and the small town in Newfoundland that welcomed them. Cultures clashed and nerves ran high, but uneasiness turned into trust, music soared into the night, and gratitude grew into enduring friendships.

Don’t miss this breathtaking new musical written by Tony® nominees Irene Sankoff and David Hein, and helmed by this year’s Tony-winning Best Director, Christopher Ashley. Newsweek cheers, “It takes you to a place you never want to leave!”

Giraffes strut. Birds swoop. Gazelles leap. The entire Serengeti comes to life as never before. And as the music soars, Pride Rock slowly emerges from the mist. This is Disney’s THE LION KING, making its triumphant return to The Kentucky Center!
More than 95 million people around the world have experienced the awe-inspiring visual artistry, the unforgettable music, and the uniquely theatrical storytelling of this Broadway spectacular – one of the most breathtaking and beloved productions ever to grace the stage.
Winner of six Tony Awards®, including Best Musical, THE LION KING brings together one of the most imaginative creative teams on Broadway. Tony Award®-winning director Julie Taymor brings to life a story filled with hope and adventure set against an amazing backdrop of stunning visuals. THE LION KING also features the extraordinary work of Tony Award®-winning choreographer Garth Fagan and some of Broadway’s most recognizable music, crafted by Tony Award®-winning artists Elton John and Tim Rice.
There is simply nothing else like THE LION KING.