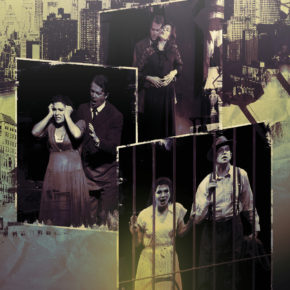 Overview: Two Wives. One Mistress. Secrets and lies.  That’s the life of Herman Broder, ghostwriter for a famous rabbi in 1948 New York.  Herman escaped from the Nazis thanks to his current wife who hid him in a hayloft.  But he’s really in love with his mistress, a concentration camp survivor, whom he also marries.  And then his first wife – who supposedly died in the Holocaust – suddenly reappears!

Watch what happens when everybody finally meets in this darkly funny and deeply moving tale of hope, guilt, and despair. Can a man who has learned to hide truly come out of hiding?  Can survivors love again? A brilliant new opera based on the novel by I. B. Singer, which also inspired an award-winning movie. Featured as part of Kentucky Opera’s Composer Workshop in the fall of 2009 and the fall of 2011.