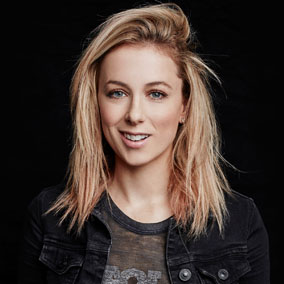 Her career is exploding across screens of all sizes!

Iliza is the only woman – and youngest comedian ever – to win NBC’s Last Comic Standing.

In 2017, she hosted her own limited-run late night talk show, Truth & Iliza, and released her first book, Girl Logic.

In 2019, she’ll appear with Mark Wahlberg and Rose Byrne in the feature film Instant Family.
Her series Forever 31 is currently streaming on Hulu.