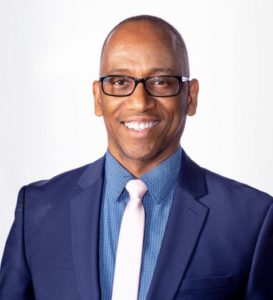 Robert Barry Fleming will join Actors Theatre of Louisville as Artistic Director. The appointment was announced Monday by Mac Thompson, President of the Board of Directors, and Managing Director Kevin E. Moore. Fleming comes to Louisville by way of Cleveland where he serves as Associate Artistic Director of Cleveland Play House; previously, he was the Director of Artistic Programming at Arena Stage in Washington, D.C. His tenure at Actors Theatre begins June 1, 2019.

Fleming will be the theatre’s fifth Artistic Director, joining a lineage of distinguished leaders who have guided this nationally-recognized theatre. He comes to the appointment with a varied portfolio and substantial experience as an artistic leader, producer, director, choreographer, performer, teacher and coach. Fleming is also a native Kentuckian raised in the state capitol of Frankfort, about an hour from Actors Theatre in downtown Louisville.Fleming says, “To come home and lead this singular organization with its distinguished legacy of artistic excellence is humbling and simply mind-blowing. I look forward to being a part of the collaborative, radically humanizing and inclusive artistic work at Actors Theatre of Louisville.

“Transformation begins with hearing each other’s stories and Actors Theatre has arguably been the vanguard in transforming the American theatrical canon through the Humana Festival of New American Plays, not to mention, shaping the next generation of top-tier theatre workers through the Professional Training Company.

“This is a galvanizing moment. The Greater Louisville community — with its innovative arts and culture vision — makes imagining the possibilities that lie before us, as we deepen and widen the State Theater of Kentucky’s impact, an absolutely exhilarating opportunity.”

Managing Director Kevin E. Moore shares, “I’m thrilled that Robert will be joining the talented and dedicated team at Actors Theatre. He brings such robust and multifaceted artistic experience as well as a deep belief in theatre as a space for all. I’m personally inspired by his vision for organizational collaboration that allows for transparency and transformation in equal measure. I very much look forward to our partnership as Actors Theatre enters its 56th season.”

“Following a thorough national search and conversations with an exceptional roster of candidates, we are excited to announce the appointment of Robert Barry Fleming as Artistic Director,” says Mac Thompson, President of the Actors Theatre Board of Directors. “Robert’s artistic vision is rooted in mission and community impact, something our board finds deeply compelling. Collaboration is ingrained in his approach to theatre, and he values new play development and civic engagement as collective enterprises. Robert is a leader and partner who can help us build a bold future for Actors Theatre. We are honored to welcome him home to Kentucky.”

Laura Kepley, Artistic Director of Cleveland Play House, offers, “Robert is a trusted advisor, colleague and friend to me and so many others in the Cleveland Play House family. We will miss him, but I could not be more thrilled for him and the incredible opportunity ahead to lead one of the nation’s most prestigious regional theatres. Actors Theatre of Louisville has made an outstanding choice and I know that Robert will guide that company with the same magnificent artistry, heart and compassion that he has brought to Cleveland Play House.”

Molly Smith, Artistic Director at Arena Stage, says, “Robert is a bright light in the American theater. He is a wonderful artist and a deep thinker about the future of our art form. Audiences, staff, boards and artists love the way he operates in the world: with joy, rigor and a sense of the possible. He is a true Renaissance man of the theater, and I can only imagine how exciting the work at Actors Theatre will be under his artistic leadership.”

Previous Artistic Director Les Waters spent seven seasons at the helm during which he led Actors Theatre with incredible artistic vision, welcomed and championed hundreds of artists, doubled the Theatre’s commissioning program and guided the Humana Festival of New American Plays through a remarkable chapter in its history. Following Waters’s departure in the summer of 2018, the Theatre’s Board of Directors embarked on an extensive search process supported by a Search Committee comprised of staff and board members as well as community stakeholders. They were assisted by search consultant John Haynes.

Fleming has served as Associate Artistic Director at Cleveland Play House since 2016. Previously he served as the Director of Artistic Programming at Arena Stage; world premieres he commissioned, developed and/or championed during this tenure include the 2017 Best Musical Tony Award winner Dear Evan Hansen, Mary Kathryn Nagle’s Sovereignty, John Strand’s The Originalist, Katori Hall’s Blood Quilt, Karen Zacarías’ Destiny Of Desire and the 2017 Pulitzer Prize winner Sweat, by Lynn Nottage. Fleming was an Associate Producer for the Off-Broadway premiere of The Two-Character Play by Tennessee Williams, starring Amanda Plummer and Brad Dourif. He was also an Associate Professor (tenured) and Chair of the University of San Diego Theatre Arts and Performance Studies Department.